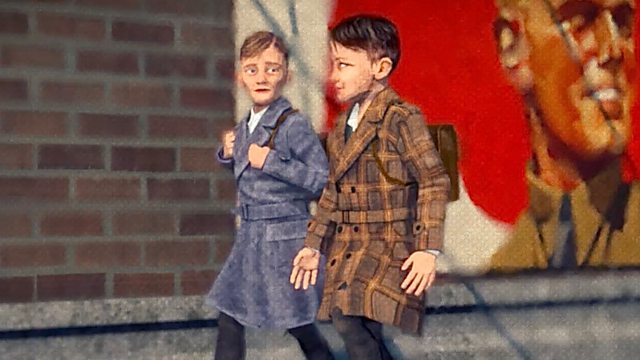 A look at the ethical and religious issues of the week with Edward Stourton.

“The Journey – Leo’s story” is a new app created by the National Holocaust Centre and Museum on the theme of the Kindertransport. The role-play story app follows Leo, a young boy forced to flee Nazi Germany. Marc Cave, Chief Executive of the National Holocaust Centre and Museum and children involved in trialling the app talk about how it reveals the true horror faced by German Jews during WWII.

This week the government announced that it is merging the Department for International Development and the Foreign and Commonwealth Office. The former Archbishop of Canterbury and Chair of Christian Aid - Dr Rowan Williams - expresses his concerns about the way in which the UK's aid budget will be administered in the future.

The Board of Deputies of British Jews have launched a Commission into Racial Inclusivity ‘to banish prejudice and promote inclusion’. Nadine Batchelor-Hunt is a writer and journalist. She describes what it is like to be black and Jewish. Stephen Bush, Political Editor of the New Statesman and Chair of the new Commission, talks about what he hopes it will achieve.

When Hamed Amari and his family fled Afghanistan in 2000 they arrived in the UK with nothing. Hamed’s older brother Hussein was seriously ill with a heart condition and died two years ago. Hamed talks to Edward about his first book, 'The Boy With Two Hearts', in which he has captured the family's harrowing journey to safety in the West and talks about how they were determined to ‘give back’ to the NHS and to the country that provided them with a safe home.

Hajj, Russian Jews and Weddings are back.