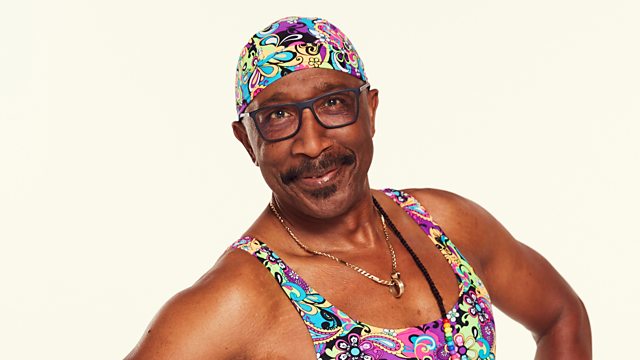 Derrick Evans, aka Mr Motivator, tells the global story of fitness on the radio, and hears how audio exercise (lycra optional) can be just as sweaty as its video counterpart.

Derrick Evans, aka Mr Motivator, tells the global story of fitness on the radio, and hears how audio exercise can be just as sweaty as its video counterpart.

It’s not just lockdown that has us jumping around our living rooms, and it’s not just YouTube, TV and Zoom classes that bring us lycra-clad fitness instructors shouting out the moves. For almost a century, instructional radio broadcasts designed to keep us flexing, stretching and kicking have captivated a dedicated listenership.

The UK’s father of TV fitness, Derrick Evans, leads us around the world of radio exercise – from the USA to Japan, via BBC Radio 4’s Today programme – and discovers how some broadcasts have been shaped by the tides of history and politics.

The story starts with the Daily Dozen, a craze that swept across America’s airwaves in the 1920s. It had listeners jumping, clapping, squatting - and sending in more fan mail than for any other show. When a group of visiting businesspeople heard it, they took the idea back to Japan, where it was adapted to help keep the military fit. It found its way onto public radio - rajio taisō (radio calisthenics), as it became known, still attracts 10 million daily listeners.

Back home, Derrick recalls Laugh and Grow Fit, a 1930s attempt to get British listeners moving in the mornings, and he meets the people behind current programmes and podcasts such as 10 Today and Radio 1’s Workout Anthems.