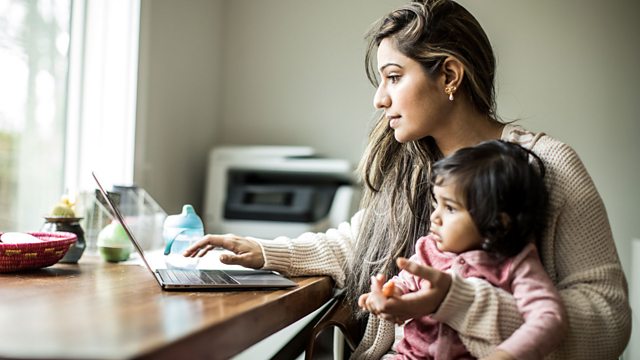 The self-employed women losing out if they took taking maternity leave in COVID-19 financial support period.

Self-employed women are receiving less government support during coronavirus if they’ve taken maternity leave between April 2016 and March 2019 – because maternity pay isn’t taken into account when calculating payments under the Self-Employment Income Support Scheme. The group Pregnant Then Screwed is now threatening the chancellor with indirect sex discrimination. It’s estimated between 75,000 and 80,000 women are affected. We speak to founder of Pregnant then Screwed, Joeli Brearley and the freelance journalist, Alex Lloyd who says the support she’s getting is about half what it could have been if average earnings had included maternity pay.

Casey Stoney MBE is Former Captain of England and now Head Coach of Manchester United Women. We see the return of the men’s Premier League tonight, while the women’s season was ended early in May, and Casey joins Jenni to talk about the women’s game.

Science journalist Debora Mackenzie talks about her book 'Covid-19: the pandemic that never should have happened & how to stop the next one’.

There are concerns that covid lockdowns could be pushing up child marriage and violence against girls in Nepal. According to Voluntary Service Overseas the lockdown is reinforcing traditional gender roles and girls living in rural areas are especially affected. We hear from Geeta Pradham, their Global Gender Adviser.

The writer and broadcaster Sali Hughes has been talking to women about objects in their lives that are important to them. Today it’s the turn of Nadia Shireen.