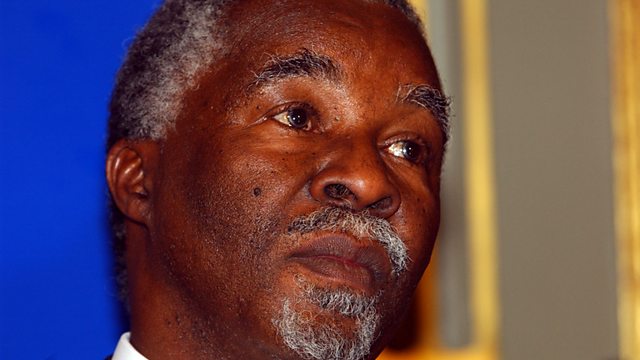 A Big Disease with a Little Name
Episode 9 of 12

How conspiracy theories and denial about the causes of AIDS had devastating consequences in the fight against HIV/AIDS in South Africa.

How conspiracy theories and denial about the causes of AIDS had devastating consequences in the fight against HIV/AIDS in South Africa.

When Thabo Mbeki took office as the second President of South Africa in 1999, the country was emerging as the global epicentre of the HIV/AIDS epidemic.

While effective treatment was beginning to emerge to suppress HIV and stop the transmission of the virus from mothers to babies, Mr Mbeki was sceptical.

He had tapped into a network of alternative theories about AIDS which emerged in the USA during the 1980s, fuelled by the work of Professor Peter Duesberg. These theories claimed that HIV was only a passenger virus and AIDS was the result of poverty and lifestyle choices, such as recreational drug use.

In this episode we hear from Professor Nicoli Nattrass and Professor Seth Kalichman, who have studied the AIDS denialist community and what drives their conspiracies.

Professor Nattrass was part of the Treatment Action Campaign (TAC) which took President Mbeki to court in 2002, to force him to grant access to anti-retroviral treatment for pregnant women in South Africa, to prevent the transmission of HIV from mother to baby.

The End of HIV/AIDS?