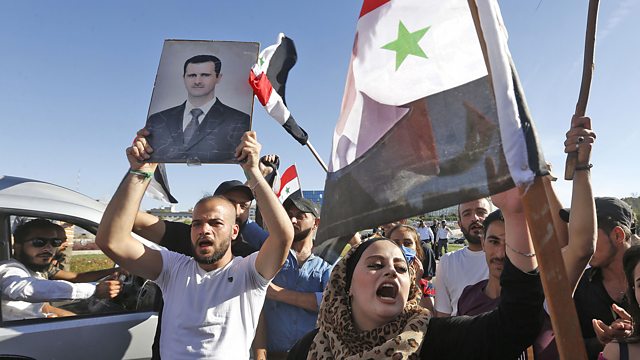 Is the war in Syria finally approaching an end? If so, what might that look like? The BBC’s Middle East Editor Jeremy Bowen asks who will hold real power in a post-war Syria.

After nine long years of civil war in Syria, President Assad has regained large swathes of the country through a ruthless military campaign supported by Russia and Iran. The war has come at enormous cost both in lives lost and infrastructure destroyed. With Russia and Iran looking to cash in on rebuilding the country, the BBC’s Middle East Editor Jeremy Bowen examines who will hold real power in a post-war Syria. Already serious cracks are appearing at the very top. An unusually public dispute between President Assad and his first cousin, Rami Makhlouf, is causing alarm in Damascus. Makhlouf is Syria’s richest man, said by the US and the EU to have bankrolled the war for the regime. Russia is said to be getting impatient with President Assad over his reluctance to engage with a plan for post-war reconstruction. As the military campaign enters its final stages in the north of the country, can President Assad afford to fall out with the key people who support him?