BBC Two
Inside Monaco: Playground of the Rich
Main content 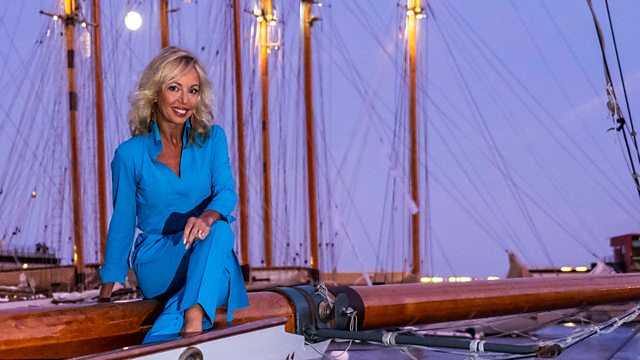 Inside Monaco: Playground of the Rich Series 1
Episode 1 of 3

Exploring the unique principality as it hosts the Monaco Grand Prix, going behind the scenes of the royal palace preparing for a glamorous event hosted by Prince Albert.

In this first episode, director Michael Waldman explores how this extraordinary country operates. He meets everyone from Prince Albert and his staff in the palace to wealthy widow Monika Bacardi, who takes him on a tour in her chauffeur-driven classic Rolls Royce. Waldman then goes trackside with former F1 winner David Coulthard and team owner Eddie Jordan during the Monaco Grand Prix.

As visitors flock in for the Grand Prix weekend, Waldman speaks to the harbour-masters responsible for guiding yachts worth millions to their moorings, and to Sylvie, a housekeeper to the stars at the iconic Hotel de Paris whose job it is to tend to the every whim of the VIP guests. It is also a busy time for the parking valets at the hotel, who have to cope with their demanding guests and their supercars. Where once discretion ruled, for the YouTube generation, showing off is now everything.

In Monaco, helicopter is the taxi of choice. Quentin Rayard, trainee air traffic controller at the heliport, is a Monegasque citizen rather than a wealthy expat. He says he is lucky because rent is subsidised for citizens and they also have employment priority. The show meets him during the week of the Grand Prix, a particularly busy time with between 600 and 800 flights per day, over five times the standard summer traffic.

Meanwhile back at the palace, Prince Albert and his wife Princess Charlene are hosting the exclusive annual Grand Prix party for special guests, and the film goes behind the scenes of the preparations for National Day, which culminates in an extravagant lunch.

Monaco is keen to keep its reputation as one of the most glamorous places in the world but needs to attract a new generation of millionaires. The episode follows the prince’s friend Princess Camilla of Bourbon Two Sicilies as she hosts the Monaco Influencers Awards, with the aim of appealing to the jet-set Instagram generation.

See all episodes from Inside Monaco: Playground of the Rich