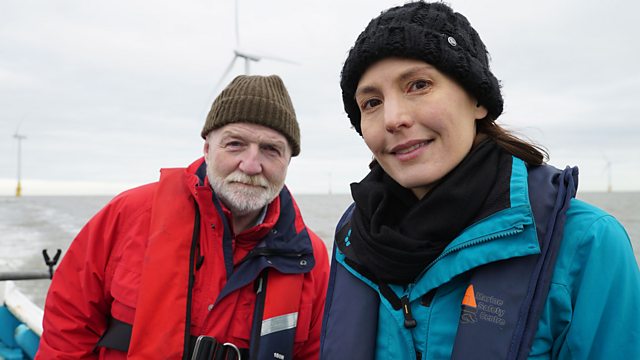 Ocean Autopsy: The Secret Story of Our Seas

Oceanographer Dr Helen Czerski and zoologist Dr George McGavin carry out an ‘autopsy’ on the North Sea to understand the startling changes taking place in the world's oceans.

Two-thirds of our planet is covered in water, split into five distinct oceans, but in reality Earth's seas are part of one huge global water system - a system that has been instrumental in shaping our destiny for millions of years. Now, however, in the 21st century, it is mankind that is shaping the destiny of our oceans. In unprecedented ways, humans are changing our seas and the life within. The ocean bed, the currents, marine life, even the water itself is transformed by what we are putting into our oceans.

In this revelatory BBC Four documentary special, oceanographer Dr Helen Czerski and zoologist Dr George McGavin carry out an ‘autopsy’ on the ocean itself and reveal the startling changes it's undergoing. Moving the story beyond the well-known impact of discarded plastic on our seas, the autopsy will investigate the effects of high levels of life-threatening toxins on marine ecosystems and the invisible plague of micro- and nano-plastics saturating the water. The destiny of our oceans is on a knife edge and the window of opportunity to save them is rapidly closing.

But all is not lost. Along the way, George and Helen follow some surprising stories of hope as scientists uncover biodiverse ecosystems at the bottom of wind turbines that act as artificial reefs. George also visits the team at the Wallasea Island Wild Coast Project, a coastal wetland restoration initiative on the Essex coast twice the size of the City of London, that has been transformed into a nature reserve for rare and threatened birds and other wildlife using excavated soil from Crossrail.

Our precinct is the North Sea. Industry has polluted these waters for longer than any other sea on the planet and, in the past 50 years, the North Sea has warmed twice as fast as the rest of the world’s oceans. The unique levels of human impact provide oceanographers with a crystal ball for the future of ocean change. If it is happening in the North Sea now, scientists can predict where they will see it globally in the future.

Embedded with a team of leading researchers on board the Pelagia, a Dutch Oceanographic research vessel, Helen is on a mission to perform a comprehensive health check on the North Sea, using gas-sampling techniques to investigate a mysterious methane leak that may be caused by sea temperature rise. Understanding its origins could be critical to uncovering the human effects of global warming. The team will have to work for 48 hours straight on this ‘floating laboratory’ in the ocean.

They also carry out a survey of the North Sea to generate a comprehensive map of micro-plastic movement in our oceans. Ninety-nine percent of the plastic we dump in the oceans is missing, so the team wants to find out where it is all going. Starting off on the coastline, the team samples plastic on the surface, documenting where they find each piece and what it is. They also sample the depths of the sea for micro-plastics and discover marine fungi that could provide a possible solution - they might be ‘eating’ micro plastics.

Intercut with this survey, Dr George McGavin visits Utrecht University. Here, leading animal pathologist Lonneke IJsseldijk performs a necropsy (an animal autopsy) on a harbour porpoise to try to find out how and why it died. Lonneke believes the best way to understand what is in our oceans is to look inside the animals that live there. She looks for chemical fingerprints of human toxic pollutants hidden inside, like PCBs that were used in the building industry in the 1980s but which never break down.

Throughout this ocean autopsy, Helen and George find terrifyingly high levels of micro- and nano-plastics, rising sea temperatures changing the ocean ecosystems, and marine mammal life whose very existence is threatened by human toxic pollutants saturating the oceans at every level - the ocean floor, the life in the oceans and even the water itself. But they also find stories of hope, where nature may be able to repair itself if given a chance. What they discover is that it is not too late, but the window to action the change we need is closing quickly. If we can understand what is happening to our waters now, can we act to save them?

See all clips from Ocean Autopsy: The Secret Story of Our Seas (6) 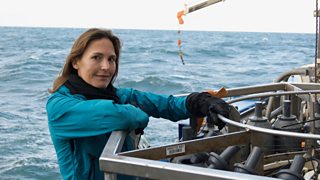 Dr Helen Czerski's handy list for resetting our relationship with the ocean.