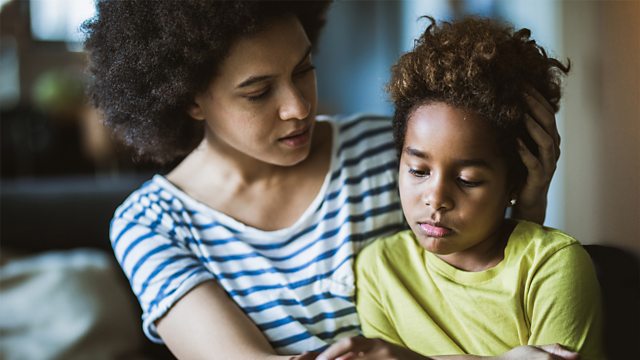 How to talk to children about protests in US and UK after the killing of George Floyd killing. Carol Cooper tells us about race issues in the NHS and Oceanographer Dr Helen Czerski

The US has been convulsed by nationwide protests over the death of an African-American man in police custody. George Floyd, 46, died after being arrested outside a shop in Minneapolis, Minnesota. But what are black parents here saying to their youngsters about some of the images coming from America and about the protests about racism in the UK? We hear from parents Teiko Dornor, Ama Ocansey and Iesha Small.

We hear from Carol Cooper, a diversity lead within the NHS, about race issues in the nursing profession and the way that race is being responded to as a risk factor as the NHS tackles Covid-19.

How are our attitudes towards dating changing as a result of the Covid-19 pandemic? Has it changed how people feel about meeting prospective partners in real life – now couples can meet for physically distanced dating? We hear from listeners Katie, Rachael and Gina and from Oloni a sex and relationship content creator and Zoe Strimpel the author of Seeking Love in Modern Britain.

The physicist and oceanographer Dr Helen Czerski tells us about her documentary Ocean Autopsy on BBC Four.

We hear how disabled women, who are shielding at home because they are considered ‘extrememely clinical vulnerable’ to Covid-19, are finding this experience. Katie Pennick talks to Fi Anderson, Sarabajaya Kumar and Amy Kavanagh.