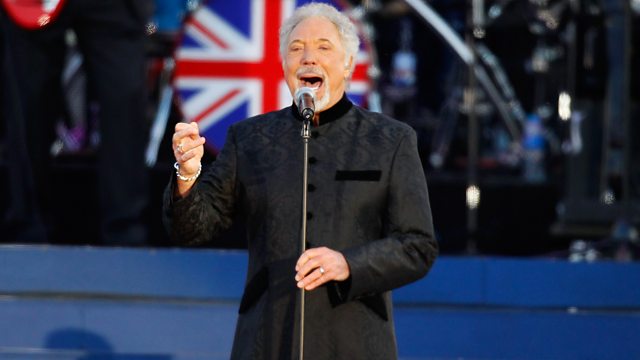 To celebrate Sir Tom’s 80th Birthday, Cerys Matthews plays his biggest hits and traces the moments where his career evolved.

Sir Tom Jones’ powerhouse vocals have been recognised in households across Wales since the 1960’s, yet what they have been singing has not always been the same. From pop to rock, country to EDM, Tom has continuously reinvented his musical style to stay in the charts over the last 55 years.

Including the 1966 decision to turn from pop singer to crooner for ‘Green, Green Grass of Home’, a surprise US country mega hit in 1977 with ‘Say You’ll Stay Until Tomorrow’, his explosive return in 1999 with Reload and his latest resurgence as a judge on The Voice, Tom has proved for over half a century that he can turn his hand to any genre, style or sound.

Narrated by Cerys Matthews, listeners will hear Tom Jones' biggest hits, fan stories and archive interviews from the last six decades that fuse together to celebrate Tom Jones as the King of Reinvention.