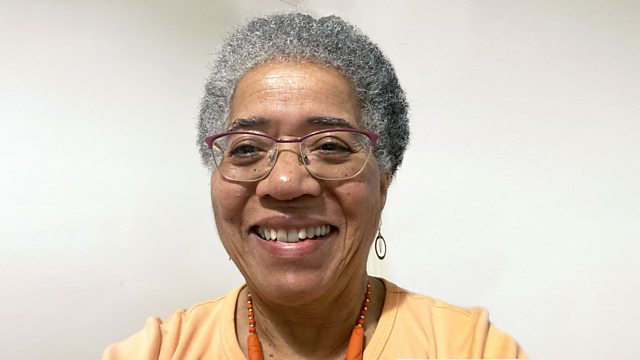 Dame Elizabeth Anionwu, Emeritus Professor of Nursing, shares the eight tracks, book and luxury she would take with her if cast away to a desert island. With Lauren Laverne

Elizabeth Anionwu is a retired nurse, campaigner and Emeritus Professor of Nursing at the University of West London. A fellow of the Royal College of Nursing, she spent 40 years in the profession and has been named one of the most influential nurses in the history of the NHS. Her career was distinguished by her pioneering work in the understanding of sickle cell disease - bringing better treatment and support to the thousands living with it. She was the first sickle cell and thalassaemia nurse counsellor in the UK.

Her decades of dedication, care and service are a contrast to her own disrupted childhood as a mixed race child born out of wedlock in the 1940s, though it was the kindness of a nurse when she was just five that sparked a nascent interest in what would become her life’s work. After leaving school at 16, with seven O-levels, Elizabeth was made a Professor of Nursing in 1998.

She left her day job behind in 2007, but as she puts it “it has not turned out to be a quiet retirement”. She spent nine years fundraising and campaigning for a statue to British-Jamaican nurse Mary Seacole. Unveiled in 2016 in the grounds of St Thomas’ Hospital, London, the statue is the first in the UK to represent a named black woman. Elizabeth received the DBE in 2017 for services to nursing and the Mary Seacole Statue Appeal.

DISC ONE: Faith’s Song by Amy Wadge
DISC TWO: The Rakes of Mallow, Girl I Left Behind by The Gallowglass Ceili Band
DISC THREE: Manman by Leyla McCalla
DISC FOUR: A Te,O Cara by Andrea Bocelli
DISC FIVE: Missa Bilban by The Jamaican Folk Singers
DISC SIX: I Wish I Knew How It Would Feel To Be Free by Nina Simone
DISC SEVEN: Nnekata by Flavour N'abania
DISC EIGHT: My Girl by Otis Redding

BOOK CHOICE: Dreams From My Father by Barack Obama
LUXURY ITEM: A trampoline
CASTAWAY'S FAVOURITE: I Wish I Knew How It Would Feel To Be Free by Nina Simone