Documentary following Prince William's campaign to get British men to open up about mental health issues by using football as a way to get men talking and to break the taboo around the issue.

Why do British men struggle to talk about their emotions? The Duke of Cambridge has spent the past year campaigning to change attitudes to mental health in Britain. Spurred on by the fact that suicide is the biggest killer of young men in this country, he wants to use football as a way to get men talking and to break the taboo that surrounds mental health. As a real fan of the sport, William has seen the way men express their feelings at football games. Now he wants to help men show the same passion and openness away from the game.

The film follows William as he meets players and fans from grassroots to the elite of the game and openly discusses their mental health challenges. Former England goalkeeper Joe Hart explains how he has learnt to cope with difficulties at the very top of the game, and a group of bereaved fathers reveal how they use their local football team as a support network and safe space to talk. Former Premier League footballer Marvin Sordell opens up about his struggles with depression, while Chelsea manager Frank Lampard compares life now with his early experiences of professional football.

As well as campaigning to change attitudes today, William explores aspects of British history that have helped create the culture of silence around this issue. Honest and touching, the film powerfully conveys his passion to change the conversation around mental health in Britain.

See all clips from Football, Prince William and Our Mental Health (9) 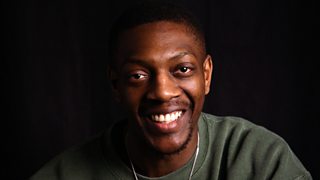 The ex-footballer writes about the decision he made to help him live a happier life.

Mental Health across the BBC 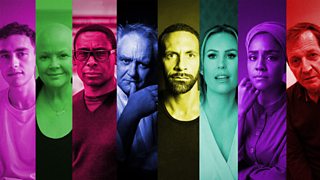 Find out more about the BBC's focus on Mental Health on TV, Radio and Online.