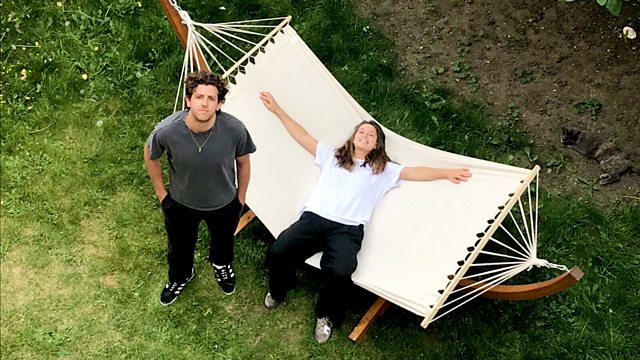 Verity Sharp presents a home-recorded collaboration session from musicians Georgia Ellery and Jamie xx, who are in the same household during lockdown.

Georgia Ellery is a composer, musician and actor, and one half of the surrealist pop-duo Jockstrap. She plays violin as part of the acclaimed post-rock seven-piece band Black Country New Road and recently created a live score for the Bafta-winning film Bait, in which she also starred. She and Taylor Skye formed Jockstrap when they met as students at London’s Guildhall School of Music & Drama - their new EP Wicked City is out 5th June 2020.

Jamie xx is an award-winning musician, producer and DJ. Since 2005 he’s been part of critically acclaimed indie pop band the xx, with their 2009 debut album winning the Mercury Prize. As a solo artist, DJ and producer, he’s worked with the likes of Gil Scott-Heron, and his debut solo album In Colour was nominated for a Grammy in 2015. He recently released his first solo material in five years, a single titled Idontknow.