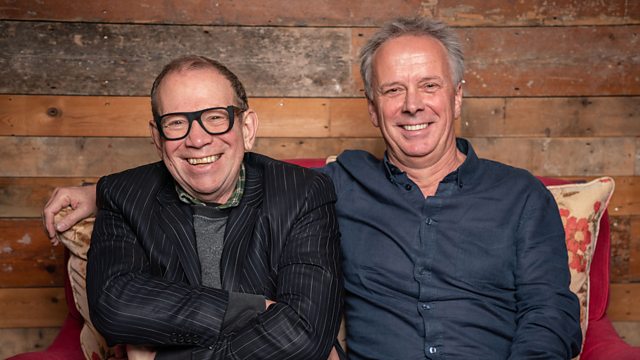 In this episode, Peter and Jon talk to Jennifer Saunders about her BAFTA and Emmy award winning hit Absolutely Fabulous. They discuss the inspiration for Edina Monsoon, why recordings of the show were always finished by 9.30 pm (clue: the BBC bar closed at 10), and what might charitably be described as Jennifer’s “last minute” approach to script delivery!

With Peter and Jon as our guides, we’ll take the opportunity to ask quite how our guests went about making a great bit of TV comedy. Who came up with it? How did it get written? We’ll talk about the commissioning, the casting, and the reception the show received when it first aired.

Based on an original idea by Dawn French and Jennifer Saunders

An Expectation production made for BBC Radio 4 Extra

The Thick Of It