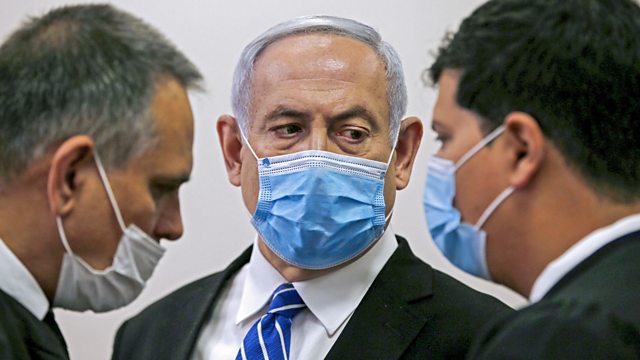 Israel's prime minister in the dock

In Israel, Prime Minister Benjamin Netanyahu had his day in court at the start of his corruption trial this week. He denies charges of bribery, fraud and breach of trust. The trial could last months or even years. Israelis are wondering what it means for their future, as Tom Bateman reports from Jerusalem.

In Zimbabwe, and in many other African countries, the numbers of confirmed Covid-19 cases are still low, not least due to swift lockdowns. But the coronavirus is not the worst threat the population faces, says Charlotte Ashton in Harare. Apart from TB, malaria and HIV, there's now hunger because the lockdown makes it hard to earn a living.

Sweden did not opt for a lockdown, deciding instead to trust residents to make their own judgements about social distancing. Shops, pubs and restaurants have been allowed to remain open, but as Maddy Savage is finding, it's quite a minefield to negotiate all the dilemmas that throws up.

Capoeira, a martial art with elements of dance and acrobatics, originated among enslaved Africans in Brazil. Now it has travelled eleven time zones east to Siberia's lake Baikal region in Russia. It means a lot more than exercise to the young locals there, as Olga Smirnova has been finding out. But how have they done under lockdown?

Malta is home to the second oldest stone buildings in the world, 5000-year old temples. The people who built them are something of a mystery but new research on elongated skulls from that time may be about to lay to rest some of the wilder theories about their origins – or are they, asks Juliet Rix.