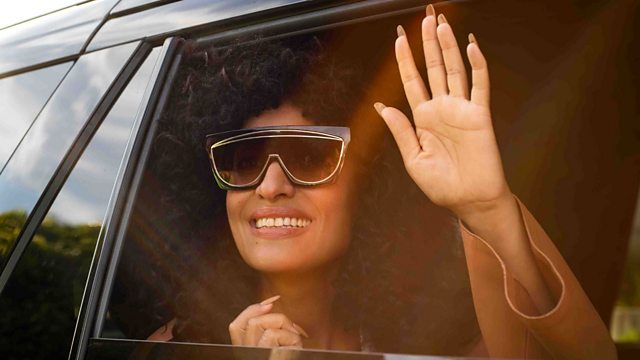 Tracee Ellis Ross is the daughter of Diana Ross and in 2017 became the first African-American woman to win a Golden Globe for Best Actress in a TV Comedy since 1983, for her sitcom Black-ish. She tells us about her new film The High Note, in which she plays a pop superstar looking to reinvigorate her career.

Pushkin Press has partnered with Walter Iuzzolino from Channel 4’s ‘Walter Presents’ on a collaboration of timeless novels with strong international appeal. Walter discusses the first title in the partnership, The Mystery of Henri Pick by French writer David Foenkinos, about the importance of curatorship in a global world of mass content and his ambition to promote his series of foreign language novels into must-haves as compelling as box sets.

London’s Southbank Centre says it’s at risk of closure until at least April 2021 due to the economic impact of the Coronavirus, and is calling on the Government to help the cultural sector survive. To discuss the extent of the crisis facing the organisation and the arts, Kirsty is joined by Southbank Centre CEO, Elaine Bedell.

As part of Radio 4’s support for students in lockdown we’ve been asking writers to record new introductions to some of the books on the GCSE English literature syllabus. Today we’re going to hear from Sara Collins who won the 2019 Costa First Novel Award for The Confessions of Frannie Langton. She’s sharing her thoughts on Frankenstein by the English author Mary Shelley.

John Grisham, re-opening of museums and galleries, the best of theatre online

The High Note is available to stream from 29 May
Image: Universal