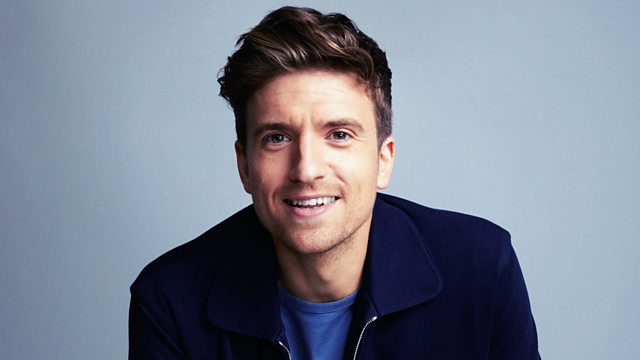 Johnners, Hot Tubs and the A to Z of Veg

Greg James, host of the Radio 1 Breakfast Show and self-confessed 'proud radio nerd', rummages through the BBC's vast archives of audio, video and documents, using current stories and listener suggestions as a springboard into the vaults.

The cancellation of reality dating show Love Island prompts Greg to rediscover a BBC equivalent - Living in the Past from 1978 in which six couples and three children lived in an Iron Age settlement for a year, equipped only with the tools, crops and livestock that would have been available in Britain in c 200 BC. With mud everywhere, rats on the menu and cramped living conditions, it's no surprise that emotions occasionally ran high.

In Mental Health Awareness Week Greg looks at how the BBC reported on mental illness in the days when it was very much a taboo subject for open discussion. He watches The Hurt Mind, a groundbreaking series from 1957 in which reporter Christopher Mayhew went behind the closed doors of a hospital and spoke to its staff and patients. The programme, which was highly praised at the time, shows how enlightened staff and a culture of openness about mental health, addressed some of the hidden issues faced by a post war generation. Greg also finds an astonishing interview with the singer and songwriter Ian Dury from 1981 in which the Blockheads frontman talks about his experience of depression.

Like many people Greg has found solace in his garden during the pandemic and, taking his microphone outdoors, he listens to birdsong and looks back at some of the BBC's early gardening programmes. Before Alan Titchmarsh there was CH Middleton - known to his audience as Mr Middleton - whose radio programme In Your Garden attracted an audience of millions. Mr Middleton's vegetable alphabet was a regular slot on his programme - something Greg thinks might appeal to listeners today. Writer Vita Sackville-West was also a regular gardening broadcaster and Greg finds a delightful talk she presented on the Home Service in 1950. Called Walking Through Leaves, it's a meditation on life's small pleasures which she and her family rank in terms of their 'Through Leaveness'.

A listener sets Greg on the hunt for archive featuring Eric Idle and, to his joy, the search leads him to find one of his favourite combinations - Test Match Special and a Python. Eric is conversation with the legendary cricket commentator and guffawer Brian Johnston and they discuss Eric's cricket musical Behind the Crease. Let's just say much laughter ensues.

Keith, Haircuts and Doors to Manual.

See all episodes from Rewinder 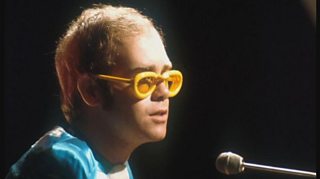 Amazing archive reveals how the BBC misjudged the singer.