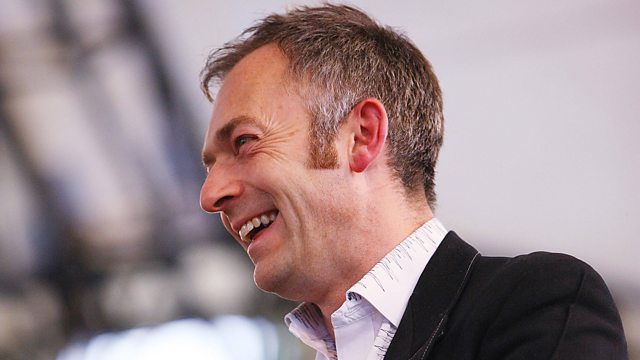 Charlies Hazlewood, conductor and founder of the Paraorchestra, chooses the eight discs, book and luxury he would take with him if cast away to a desert island. With Lauren Laverne

Charles Hazlewood is a conductor and the founder of Paraorchestra, the world's first professional ensemble of disabled musicians.

Once described as the Heston Blumenthal of orchestral music, Charles has spent his career challenging Britain’s musical palate, exploding boundaries and expanding our ideas about what an orchestra can be - and do.

His repertoire encompasses Beethoven, Bruckner and Barry White, and his critically-acclaimed projects include more than 100 world premieres and the first orchestral headline performance at Glastonbury. Paraorchestra, the ensemble he established in 2011, reached a global audience at the closing ceremony of the 2012 London Paralympics. He also co-founded an opera company in South Africa, and its production of Carmen, with a mainly black cast, won international acclaim.

He studied music at Keble College, Oxford and was the Organ Scholar there. He won the EBU conductor's competition in 1995 and has had an international career as a conductor.

If you have been affected by some of the issues discussed in this programme, details of organisations offering help and support are available here BBC Information and Support