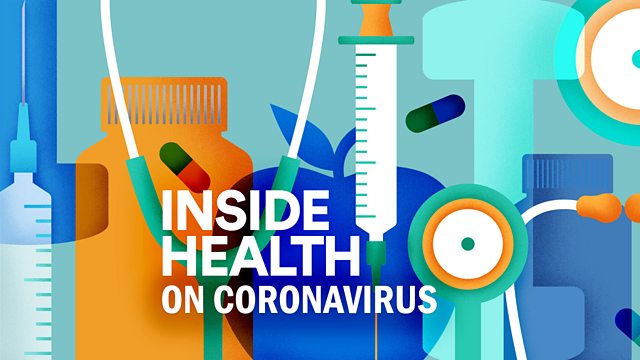 More than two million people - those over 70 and those with medical conditions - have been isolating at home for weeks now. They're part of the 'shielding' group. But how long for?

Tanya has rheumatoid arthritis, a compromised immune system and heart problems. Getting the virus is a risk she cannot take and this is the tenth week that she's been isolating at home with her husband and teenage daughter. But how long will this last and will she have to self isolate in her own home away from her family for the foreseeable future, if her daughter goes back to school? Tanya talks to Claudia about the impact of the pandemic on her life and says why those in the shielding group must not be forgotten.

The arrival of Severe Acute Respiratory Syndrome Coronavirus 2 (SARS-CoV-2) in the human population has popularised vocabulary that was previously the preserve of scientists and medics. In just a matter of weeks, phrases like the R Number, Herd Immunity, Case Fatality Rate and All Cause Mortality have become part of everyday language. A new pandemic lexicon has emerged. Inside Health regular Dr Margaret McCartney and Professor Carl Heneghan, Director of the Centre for Evidence Based Medicine at the University of Oxford, discuss the meanings of these very precise descriptions and reveal their personal bugbears, the misuse of such terms.

And in her final visit for this series to University Hospital Southampton, Inside Health's Erika Wright, talks again to Trevor Smith, Divisional Director for Medicine, about the enormous challenges ahead as the hospital adapts to living with Covid-19. And she talks about the Banksy art work currently hanging at the hospital which reveals a Super Nurse displacing the traditional comic book superheroes, Batman and Spiderman.

Healthcare workers have been lionised as heroes, putting themselves on the front line, risking their own lives, to save others. It's a sentiment which troubles some. Dr Michael FitzPatrick, a gastroenterologist in Oxford and Co-chair of the Royal College of Physicians Trainees Committee, describes why heroes are almost entirely the wrong comparators for healthcare workers.