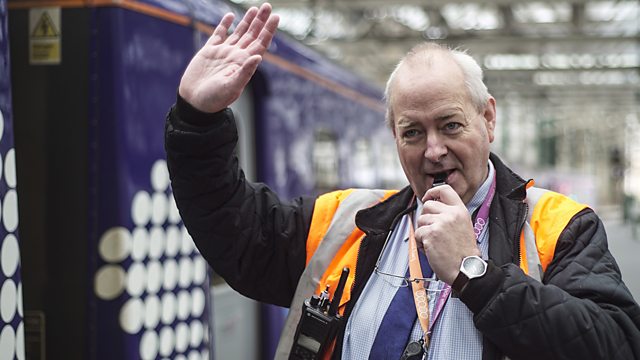 Inside Central Station Series 2
Episode 3 of 6

Documentary following the staff and passengers of Glasgow Central station. This episode sees Glasgow Pride come through the concourse, while new recruit Kirsten is in the running for a big promotion.

Documentary series following the people that work all hours to keep Scotland's busiest train station on track, delving into the buildings history with stories of the past. Central station has been at the heart of Glasgow for more than140 years, running over 950 trains a day for 32 million passengers a year. Day and night for one long summer, this series follows the people who make the station work. Central station has long been Scotland's busiest - it is the northern terminus of the West Coast Main Line from London and the starting point for travel to hundreds of stations in mainland Britain. Over the decades, the station has knitted itself into the lives of many people. For generations of Glasgow folk, particularly those that work here, Central station has become part of the family.

This episode sees new recruit Kirsten in the running for a big promotion, we meet the cleaners who work through the night to keep Central station spick and span and spend time with the street pastors who watch out for late-night vulnerable passengers.

A daily commute offers the perfect excuse to form close friendships, and families gather on the concourse to say goodbye to loved ones. The maintenance team have to work through the night to fix a leak, while duty manager Richard has to think on his feet to solve a train delay. The staff at Central station celebrate Glasgow Pride together, while in the Grand Central Hotel there is an art competition celebrating some of the hotel’s most famous guests.