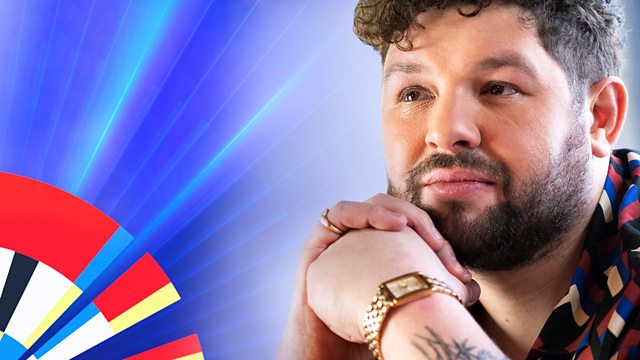 With Eurovision 2020 unable to go ahead as planned, Graham Norton gives viewers the chance to vote for their all-time favourite Eurovision song from an eclectic shortlist.

Graham Norton is on hand to kick off a night of Eurovision-themed programmes.

In Eurovision: Come Together, the British public will get the opportunity to take part in a live online vote to choose their all-time favourite Eurovision song from the past 64 years. This eclectic shortlist of songs have been selected by a panel of Eurovision experts and super-fans including Radio 2’s Ken Bruce, Eurovision semi-final commentators Rylan Clark-Neal and Scott Mills, former UK Eurovision acts SuRie and Nicki French, and uber-fans Mel Giedroyc and Radio 1’s Adele Roberts.

Whilst viewers vote for their favourite songs, Graham chats to James Newman, who was due to represent the UK in Rotterdam this year. There are previews of some of the other most talked about acts who were due to take to the stage this year, and Eurovision fans and some former Eurovision faces recreate Eurovision classics in their homes. Former UK Eurovision act Sonia even takes on the Epic Sax Guy solo that became so infamous after the 2010 Eurovision Song Contest.

At the end of the show Graham will reveal the song that UK viewers have chosen to crown as the winner of Eurovision: Come Together. Will it be a certain Swedish foursome, one of the UK’s past winners or one of the more recent fan favourites that have competed at the world’s biggest and greatest song contest?

See all clips from Come Together (2)