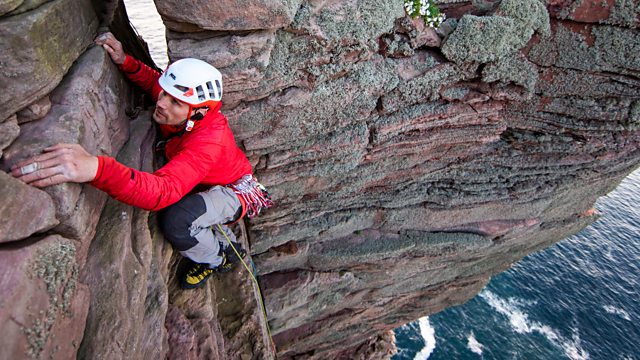 Documentary about Jesse Dufton and his attempt to take on the challenge of becoming the first blind person to lead a climb of the Old Man of Hoy, in Orkney, Scotland.

The incredible story of Jesse Dufton as he attempts to be the first blind person to lead a climb of the Old Man of Hoy, a sea stack with sheer cliff faces rising out of the sea, in Orkney, Scotland

Jesse was born with 20% central vision. At four years of age, Jesse was diagnosed with retinitis pigmentosa, a rare genetic disease that breaks down the retina’s cells. When he was 20, Jesse could no longer read. By the time he was 30, he could only detect light, with around a one to two per cent field of view. As a lifelong climber, what Jesse has achieved flies in the face of adversity, training for world cup events and leading traditional rock climbs with his sight guide and fiancée Molly.

As his sight degenerates, his climbing continues to make remarkable progress. His attempt on the Old Man of Hoy is testimony to his ambition to take on new and greater challenges, despite his devastating condition.

This engrossing documentary will make you laugh and cry as it delivers not just a truly gripping climbing story but an inspiring tale of human endeavour and attitude.