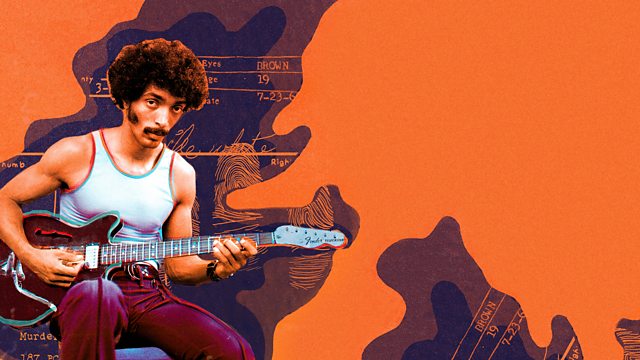 The Changin’ Times of Ike White

In 1974, Ike White recorded an album while serving life for murder. The album became his ticket to freedom. But, just as he was on the cusp of stardom, Ike disappeared.

Ike White was a gifted and critically acclaimed musician whose talent was discovered while he was serving a life sentence for murder. When he was released, he went into hiding under a pseudonym for decades. Masking his dark past, he had an incredible story that he hadn't told a soul.

Director Dan Vernon and producer Vivienne Perry spent 18 months tracking down Ike after hearing a track credited to him on an album of music recorded in prison. By then, he was known as ‘David Maestro’, his final assumed name after a lifetime of false identities. He had made an extraordinary journey from being in jail to industry adulation from the likes of Stevie Wonder. Ike was given the chance to record while he was inside by legendary producer Jerry Goldstein, who heard him play in a prison band. Jerry believed Ike was the next Jimi Hendrix and persuaded the prison governor to allow a recording studio into his jail - they created an album called Changin’ Times, viewed as a lost classic of soul and funk.

A huge campaign led to Ike's release and his life sentence was reduced. But then he disappeared. It was as if he’d been waiting for us to find him,’ says Dan. ‘He wanted to tell us his story.’ After a week filming with him, Ike gave Dan a box of personal archive with the promise of more the next time they met. But weeks after giving Dan the exclusive interview, Ike committed suicide. His widow asked Dan to come and visit, and revealed a wealth of videos, diaries and photographs that Ike had stored to tell his life story since he’d left prison. This incredible personal archive revealed a catalogue of different lives lived, wives and children, disconnected by false names and changed locations. It also revealed the enduring and powerful urge of an artist to create art from their experience.

Ike’s music serves as the only common thread in a narrative of fractured identities and reinventions. In this compelling feature documentary, extraordinary animation combines with Ike’s archive to try to understand and get inside the head of this complex, talented and ultimately damaged man.

Everything Is Connected - George Eliot's Life