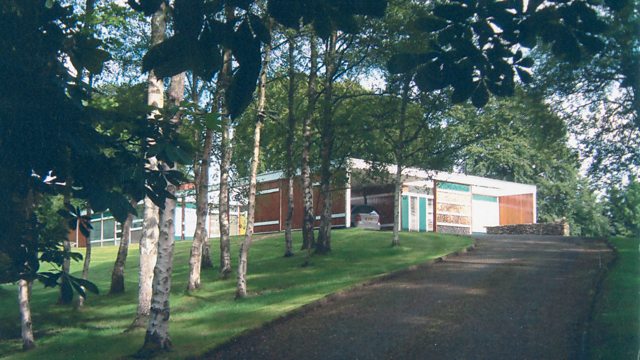 The See-Through House
Episode 5 of 5

Shelley Klein's book reflects on her father, the acclaimed textile designer Bernat Klein and the modernist house he commissioned in the 1950s. Today, Shelley considers his creative legacy.

High Sunderland, in the Scottish Borders, is the modernist house commissioned by the textile designer Bernat Klein and, together with his wife Peggy, is where he raised his daughter Shelley and her brother and sister. Bernat Klein made a major contribution to 1960s and 70s style, with the major fashion houses, such as Coco Chanel and Christian Dior, using his fabrics. Over time, Shelley's father and the house he commissioned from the architect Peter Womersley became inseparable. In her book The See-Through House, Shelley Klein reflects on her return home to look after her father, who was then in his eighties, and considers the influences behind his creative output and her relationship with him.

See all episodes from The See-Through House