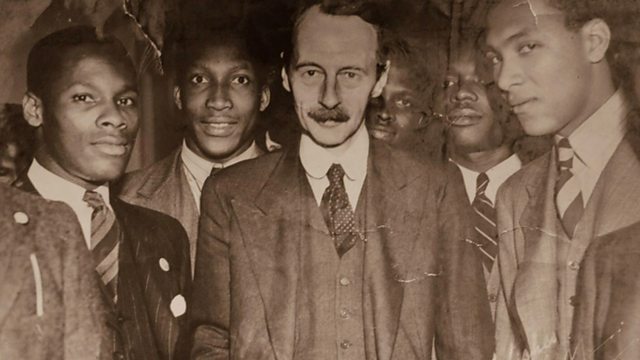 Sean Bean presents a series exploring the ways in which wartime experiences have filtered down through the generations. This is a powerful story of opportunity and sacrifice during the Second World War leaving a legacy of dedication and love.

Betty Pachl's father, Barclay Patoir came to the UK in 1943 from British Guyana in South America, now known as Guyana. After so many lives had been lost at Dunkirk there was a shortage of engineers and Barclay answered an advert posted by the British Government in The West Indies Times saying "Your Mother Country Needs You'.

When Barclay arrived in Liverpool he was sent to install engines into Halifax bombers at the Avro factory in Speke. It was there that he met Trudy. Their love survived; painful sacrifices, war and prejudice.

Max and Betty discuss the legacy of their union and Barclay's determination to use the opportunity the Second World War gave him to make the best life he could for Trudy and their family. The family motto that if you start something you see it through to the end, endures to this day. Max is now a Consultant Paediatric Surgeon and
very proud of Barclay. He also acknowledges the sacrifices Barclay made; never again reuniting with his mother or sisters.

It is with great sadness that shortly after recording with Betty and Max both Barclay and Trudy passed away within hours of each other. Their family wanted this episode to broadcast in memory of their love, life and legacy.

See all episodes from Legacy of War