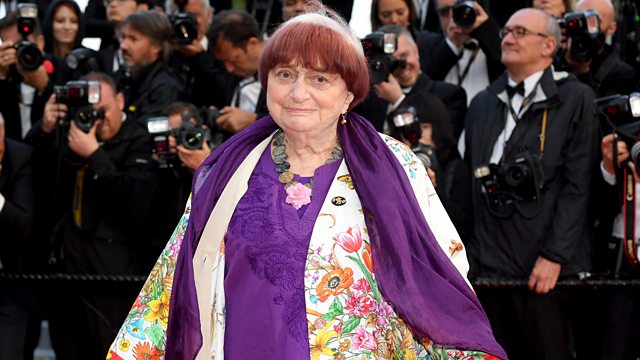 A whirlwind tour of the world of Agnes Varda.

This week The Film Programme recommends not just one lockdown movie, but a whole life-time's. The life and work of Agnes Varda, including masterpieces Cleo From 5 To 7, The Beaches Of Agnes and Faces, Places. We hear one of the last interviews Agnes gave in this country and from JR, her co-director on Faces, Places, who became her best friend, even though there was 50 years between them.

Neil Brand continues his series on rejected film scores, with the epic fail of Troy, the blockbuster that sacked its composer at the last minute.