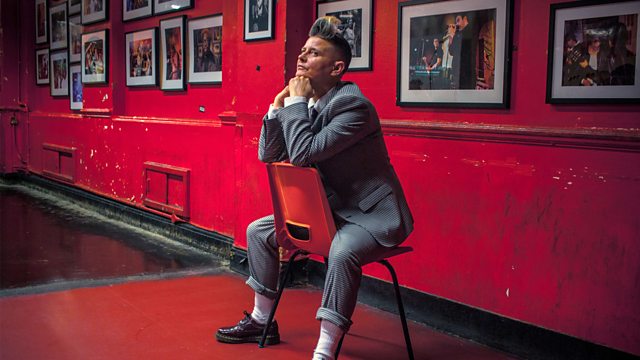 What does it mean to call yourself a 'butch' lesbian - and is the term falling away? Poet Joelle Taylor celebrates ‘being butch’ and explores its rich meaning for her and others.

Being 'butch' has always meant being invisible, for good or ill. To be a 'masculine' presenting lesbian has often been a way of evading the male gaze, but it has also meant being off the radar of a culture that's drawn to what shines. Now poet and theatre maker Joelle Taylor celebrates ‘being butch’ in an age of increasingly complex gender identities. She writes: 'Not funny enough to be your best friend love/ the closet is full of clothes we refuse to wear/ not camp enough for your TV show bruv / a woman without makeup is a woman without a face / who knew/ when we cleansed/ we were erasing our whole existence?’.

We follow Joelle as she prepares for her new show, and discovers what reactions 'butch' provokes in 2020. Why do some see the identity as retrograde, whilst others see presenting as butch as more radical than ever? Joelle explores the 'courageous’ distinctiveness of butch culture and community – and what it has meant to her: ‘we are ferocious women/ climbing out of our skins/ and leaving them draped/ like soiled wedding dresses behind us/ as we fall into each other’s mouths. This is love. Furious love.’