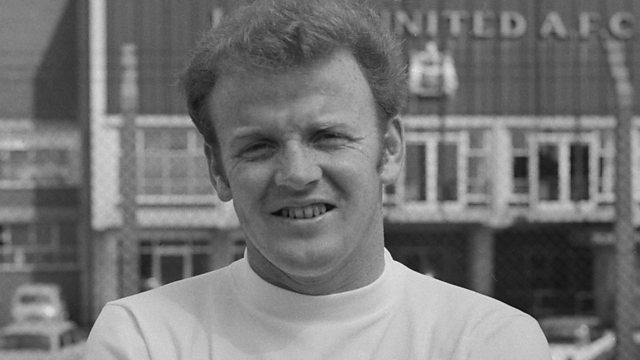 Anand Menon, director of the UK in a Changing Europe, chooses the life of infamous Leeds United Captain, Billy Bremner.

Billy Bremner played for Leeds as a midfielder from 1959 until 1976. He scored 115 goals for the team and captained them for 11 years during the most successful period in their history. 5’5”, with a mop of red hair, he was known as “ten stone of barbed wire” "Wee Billy and “Midfield Terrier”.

He grew up near Stirling in a working class family, moving to Leeds at 16 to where he returned in the 80s as manager.

At the time, Anand was a schoolboy in Wakefield. Before he became a Professor of European Politics and Foreign Affairs, he was first and foremost a Leeds fan.

Anand was also at school with Telegraph journalist Rob Bagchi - author of the forthcoming biography of the club.

Growing up in West Yorkshire instilled a lifelong devotion to Billy and the club in both of them - in spite of their "Dirty Leeds" reputation and the ups and downs of a team often destined to narrowly miss out on chances. "If being a Leeds fan has taught me anything, it's that anything which can go wrong, will go wrong."

But there is another side to this story, both Anand and Rob are children of Indian parents. Elland Road was well known for the presence of the National Front on the terraces as they were growing up, and so Anand only saw Billy in the flesh a few times. But when Billy returned as manager in the 1980s, he went to great lengths to turn the culture of the terraces around.

Sybille Bedford, author of Jigsaw and A Legacy