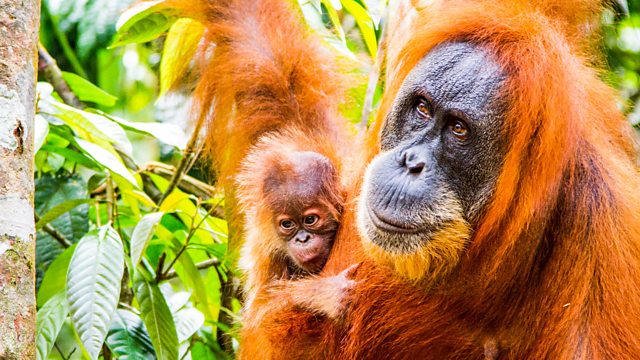 Documentary. Today, more than half of the world’s primates are under threat of extinction. Meet the scientists making groundbreaking discoveries about this remarkable animal family.

Today, more than half of the world’s primates are under threat of extinction. Now they need our help. Meet the scientists making groundbreaking discoveries about this remarkable animal family and the dedicated people going to extraordinary lengths to safeguard their future.

Only by truly understanding primates can we protect them. Researcher Dr Cat Hobaiter has spent 13 years studying chimpanzees in the jungles of Uganda. She is fascinated by their communication and, after recording thousands of hours of footage, has revealed that our closest cousins have a secret language.

On Thailand’s east coast, Dr Amanda Tan reveals something rare in the animal kingdom: tool use. A population of long-tailed macaques have, for generations, used tools to harvest shellfish. And in Brazil, researcher Vedrana Slipogor plays videos to some of the world’s tiniest monkeys - common marmosets – as she tries to understand the subtleties of primate personality. In Madagascar, drones mounted with thermal-imaging cameras might be the key to protecting some of the world’s most elusive lemurs. And in the rainforests of Tanzania, we witness the moment when primatologist Dr Russell Mittermeier becomes the first person to have seen every type of primate on the planet.

See all episodes from Primates

See all clips from Protecting Primates (4)