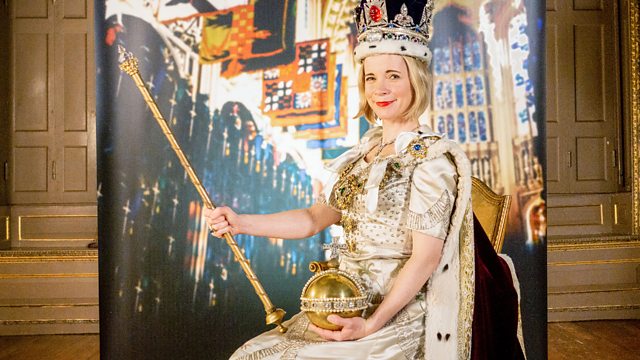 Lucy Worsley tells the story of the royal photograph, showing how the royal family worked with generations of photographers to create images that reinvented the British monarchy.

Lucy Worsley takes us through the story of the royal photograph – showing how the royal family collaborated with generations of photographers to create images that reinvented the British monarchy.

Lucy explores the key types of photo that have enabled the royal family to conduct a dialogue with the British people, forging a modern monarchy that reigns rather than rules. Along the way, she recreates the Queen’s coronation portrait, digs out some of the most photogenic outfits from the royal ceremonial dress collection, has her own Victorian-style picture taken, and learns the tricks of the trade from leading royal photographers Anwar Hussein and Chris Jackson.

Lucy begins with the story behind one of the most iconic images of the post-war era, Cecil Beaton’s coronation portrait of Elizabeth II, which conjured a vision of magic and tradition for austerity Britain. Yet within just a few years, the public were beguiled by some very different images - the daringly intimate portraits of Princess Margaret taken by her photographer husband Lord Snowdon.

Going back to the mid-19th century, Lucy looks at the earliest photographs of Queen Victoria and Prince Albert, taken at a time when monarchies across Europe were under threat. Photography rescued them, showing the British royals as a family rather than aloof rulers. Cheap, collectable reproductions brought pictures of the queen and her consort into ordinary households for the very first time. Lucy also shows how advances in technology encouraged a more informal side to royal photography. In the early 1900s, Princess (later Queen) Alexandra started taking pictures of her family using new, lightweight cameras. The results revealed the royals as they’d never been seen before - on holiday, even almost relaxing. This insider’s approach has been continued by Catherine, Duchess of Cambridge, who has published her own pictures on Instagram.

Lucy explains how the classic royal photo opportunity – the walkabout – dates back to the reign of George V and Queen Mary. In the run-up to, and during, World War I, the royal couple took to the streets, meeting ordinary workers and visiting hospitals in an attempt to connect with the public and be seen to serve the nation. But for all the pictures like these that the royal family want you to see, there are plenty they don’t. In the 1930s, every trick of the tabloid book was deployed, from long lenses to ambush filming, to capture Edward VIII’s scandalous relationship with Wallis Simpson. For the first time, photography was turned against the monarchy, fuelling the abdication crisis. Lucy sees how Edward’s brother George VI sought to limit the damage by publishing photos that presented him and his family in everyday scenes, stressing their respectability and stability, with the young princesses pushed to the fore.

No royal, however, has mastered photography as much as Princess Diana, who harnessed the multitude of cameras that seemed to follow her every move. Diana used her image to focus attention on her message, whether meeting Aids patients or stepping onto a recently cleared minefield - an image later echoed by her son, Harry. Lucy argues that Diana was the last great royal innovator – her story reflects the power of the camera but also its destructive potential. As a consequence, younger royals have sought to exert much tighter control over how their images are taken and used.

The programme was made in partnership with the Historic Royal Palaces’ exhibition, Picture this! Life through a royal lens, due to open at Kensington Palace in 2021.

Life Through a Royal Lens - A Guide 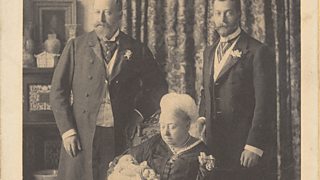 Exploring the Royal Family through photography at Kensington Palace.