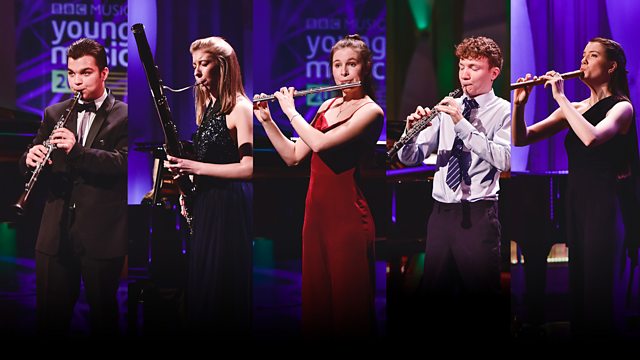 Joining Anna to review each of the performers is principal flautist with the Royal Scottish National Orchestra, Katherine Bryan, who is also in demand as a soloist.

On the jury are two prominent British woodwind musicians. They are Amy Harman, principal bassoonist with the Aurora Orchestra and English National Opera and much in demand both as a soloist and as a chamber musician, and internationally acclaimed recorder player, Piers Adams, who has toured the world with leading orchestras as well as his baroque quartet Red Priest. They join the chair of all the BBC Young Musician 2020 category final judging panels, Angela Dixon. Angela is the chief executive of the award-winning performance venue, Saffron Hall.

Also in the programme, Jess Gillam, saxophonist, broadcaster and former BBC Young Musician finalist, continues her series of conversations with leading UK musicians. She speaks to oboist Nicholas Daniel, who won this competition back in 1980 and who, like Jess, is a passionate supporter of music in education.

Each of the category final concerts is also available to watch in full on the BBC iPlayer, presented by Josie d’Arby.