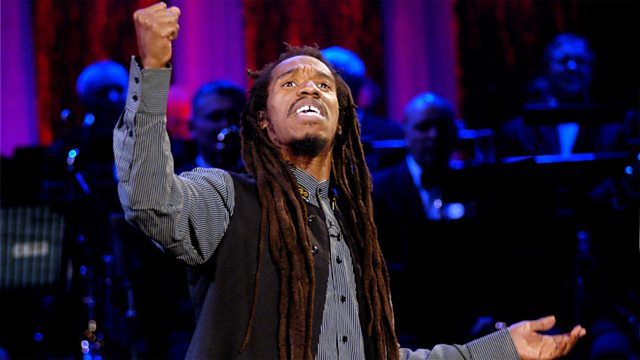 As one of Britain’s best known and loved poets, Benjamin Zephaniah's work has long been featured on the school curriculum. Lately he’s also become a familiar face on television, not least in Peaky Blinders, set in his home city of Birmingham, as well as appearing as a regular panelist on BBC Question Time. But his journey to national literary figure and Professor of Poetry and Creative Writing at Brunel University has been a remarkable one. There was the relentless racism he faced as in childhood in the 1960s; there was violence within his family, and repeatedly from the police. Zephaniah was involved in crime as a young man. But he knew from an early age that he wanted to be a poet. And he found his voice in a fusion of dub style improvisation and West Indian Music, pioneering live performance poetry on television.

Benjamin Zephaniah joins Front Row from his home in rural Lincolnshire for an extended interview with presenter Samira Ahmed which explores his roots as a poet, his throughts on the Coronavirus crisis and its impact on frontline workers, and to premiere a new poem he's written in praise of the NHS entitled Praise the Saviour.