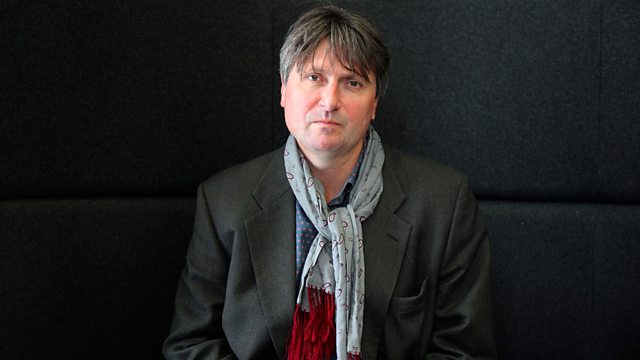 Simon Armitage, Poet Laureate, chooses the eight tracks, book and luxury he would want to take with him if cast away to a desert island. With Lauren Laverne.

Simon Armitage was appointed Poet Laureate in 2019. His poems celebrate the everyday and the ordinary with wit and affection. But beyond the wood chip and washing lines he addresses the complexities and the profound feelings that underpin daily life.

Born in Huddersfield, Simon Armitage grew up in the village of Marsden in West Yorkshire. Marsden has informed and inspired much of his work and as a boy he would look out of his bedroom window at night to watch the comings and goings of village life.

He vividly remembers as a teenager discovering the work of fellow laureate Ted Hughes, recalling an almost electrical surge of excitement when he realised the power of words on a page. Hughes grew up in the next valley and Simon admits to thinking "If Ted Hughes can do it why can't I?"

He worked as a probation officer in Manchester for several years, writing poetry in the evenings and at weekends. His first collection Zoom! was published in 1989 and a few years later he left the probation service to write full time. Prolific and popular, he was named the Millennium poet and in 2015 was appointed Professor of Poetry at the University of Oxford. Three years later he was awarded the Queen's Gold Medal for Poetry.

Today he lives not far from Marsden where, when he's not writing poems, plays and novels, he still looks out of his window and daydreams.

DISC ONE: Moonage Daydream by David Bowie
DISC TWO: The Lamb by William Blake, composed by John Tavener, conducted by Andrew Nethsingha and performed by The Choir of St John’s College, Cambridge
DISC THREE: You've Got To Pick A Pocket Or Two by Jonathan Pryce and the 1994 London Palladium Cast Of Oliver!
DISC FOUR: Icecrust and Snowflake by Ted Hughes
DISC FIVE: Atmosphere by Joy Division
DISC SIX: Tainted Love / Where Did Our Love Go? by Soft Cell
DISC SEVEN: Holmfirth Anthem by Jon Rennard
DISC EIGHT: My Heart’s in the Highlands by Else Torpe and Christopher Bowers-Broadbent