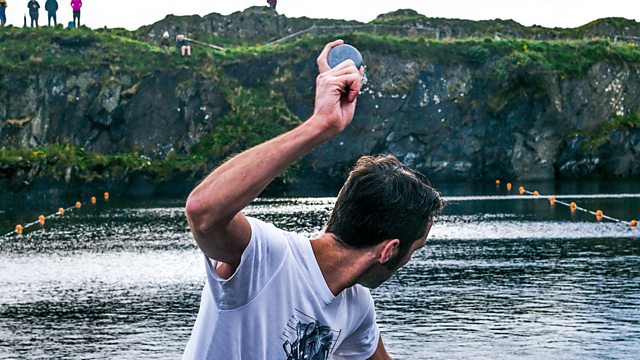 The World Stone Skimming Championship is held on the tiny Scottish island of Easdale every year. Two obsessed skimmers show us what it takes to become the world's best.

The World Stone Skimming Championship is held on the tiny west coast island of Easdale, an island blessed with millions of perfect skimming stones after its slate mining industrial past was brought to an abrupt end by a huge storm. Water filled the immense quarries and created the world’s first stone skimming arena. The competition has always been, and is to this day, a community fundraising event, but tensions are now mounting between the small island community and the skimmers whose abilities have far outgrown the limitations of the 63m quarry.

As with any sport, it takes dedication, hard work and a lot of practice to be the best. Stone skimming is an activity with competitive nature at its core, but little is known of the esoteric world of competition skimming and its devoted participants. With the coveted title of world champion and the first ever Guinness world record up for grabs, Sink or Skim delves deep into what it takes to be 'Top Tosser' in the biggest year in the history of the sport.

Are these the world's "most competitive" sportspeople?

As with any sport, it takes dedication, hard work and a lot of practice to be the best.