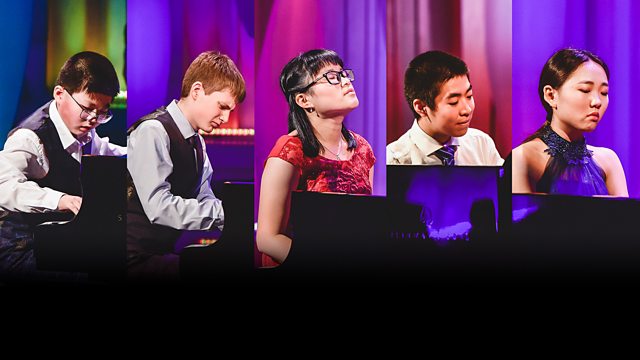 Five young musicians compete in the keyboard final for a place in the BBC Young Musician 2020 semi-final, performing works by Bach, Scarlatti, Beethoven and Rachmaninov.

BBC Young Musician returns to BBC Four for a new series of highlights programmes showcasing the best young performers from across the UK. Over the next five weeks, 25 talented musicians compete in the keyboard, woodwind, brass, percussion and string finals. The winners of each will secure a place in the semi-final, which will be broadcast later in 2020 together with full coverage of the grand final.

Presented by organist and conductor Anna Lapwood, the category finals were filmed in March at the Royal Welsh College of Music and Drama. The series begins with the keyboard final, and to cast his expert eye over each performance Anna is joined by Leon McCawley, one of the UK’s foremost pianists and professor of piano at the Royal College of Music.

The keyboard finalists are 16-year-old Sejin Yoon, Bridget Yee, who is 15, Thomas Luke, who is 16, Harvey Lin aged 17 and Jacky Zhang, the youngest of this year’s category finalists at just 11. They perform music by some of the giants of the keyboard repertoire – Bach, Scarlatti, Beethoven and Rachmaninov.

Tasked with choosing a category winner is a panel of leading experts: Russian pianist Katya Apekisheva, co-artistic director of the London Piano Festival; Peter Donohoe, one of the UK’s most distinguished concert pianists; and Angela Dixon, chief executive of award-winning performance venue Saffron Hall. Angela chairs all of the category final judging panels throughout the series.

As part of this year’s coverage, saxophonist Jess Gillam, herself a BBC Young Musician finalist, presents a series of conversations with some of the country’s most inspiring musicians. In this first programme, Jess speaks with Lauren Zhang to see what life has been like for her since winning the competition in 2018.

Full coverage of each of the category finals concerts, presented by Josie D’Arby, is also available on BBC iPlayer.