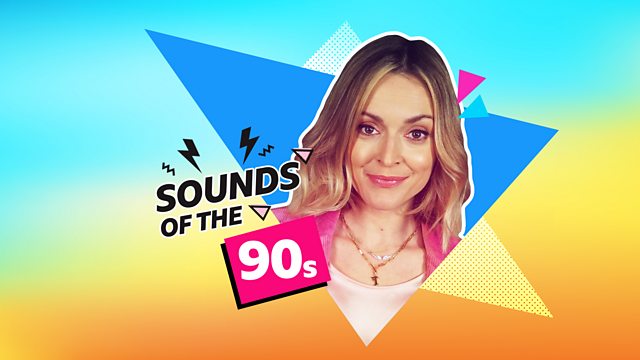 Sounds of the 90s with Fearne Cotton

Fearne plays the best of the 90s and talks to Blur's Alex James and Steps singer Claire Richards.

Nothing 90s gets ignored... as Fearne plays everything from girl power, grunge, RnB and indie to pure pop, chill out and dance.

This week she is joined by the legendary bassist from Bournemouth - it's Blur's Alex James. The band were responsible for the dawn of Britpop in the 90s and were ‘best rivals’ with Oasis for most of the decade. Since retiring from music, Alex spends much of his time on a farm, has a penchant for cheese-making and has set up 'The Big Feastival'.

He joins Fearne for 'Three Styler', where he picks an object, place and event that remind him most of the 90s and chooses 3 of his favourite tracks.

Claire Richards is on the show and plays ‘Rave to Remember’, talking about her favourite memories from the heady party years of the 90s. Claire was one fifth of the pop group Steps, who achieved two number-one singles, two number-one albums, 14 consecutive top 5 singles in the UK and a string of hits throughout Europe.

See all episodes from Sounds of the 90s with Fearne Cotton