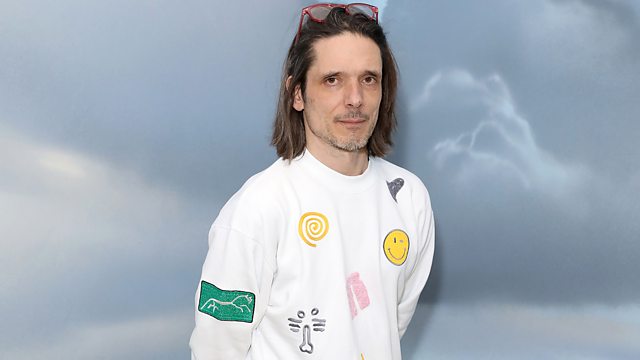 Jeremy Deller is one of Britain’s most celebrated artists, best known for his works We’re Here Because We’re Here and The Battle of Orgreave.

Mostly collaborative, his work spans music, documentaries, posters, installations and historical re-enactments. From convincing a brass band to cover techno music for his Acid Brass project, to touring a bombed car from the Iraq War around the US, his work encompasses politics, history and social anthropology.

His latest projects include Everybody in the Place, a BBC4 documentary exploring rave culture, and Putin’s Happy, a short film following pro- and anti-Brexit protestors in Parliament Square 2019.

Deller won the Turner Prize in 2004 and represented Britain at the Venice Biennale in 2013. He joins Tom Sutcliffe to discuss his career and how he is producing art during the lockdown.