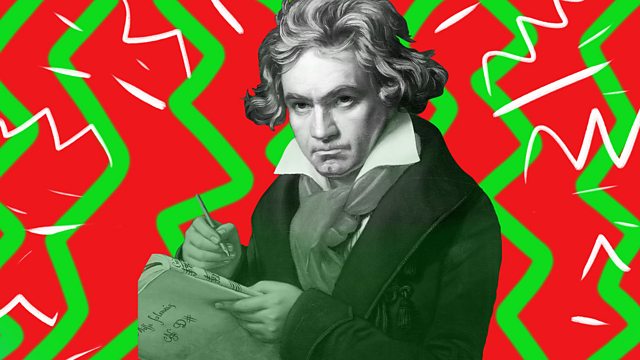 Composer of the Week Beethoven Unleashed: Beethoven and the Voice
Episode 2 of 5

Donald Macleod explores Beethoven's Mass in C, the concert aria Ah Perfido! and a selection of his songs, with conductor Simone Young and pianist and writer Iain Burnside.

Donald Macleod explores Beethoven's Mass in C, the vocal fireworks of Ah Perfido! and some surprising and contrasting songs with pianist and writer Iain Burnside and conductor Simone Young.

Beethoven was born into a family of singers. His grandfather Ludwig and his father Johann were both remarked on for their voices. Judging by contemporary accounts it seems that Beethoven himself wasn't similarly gifted. The librettist and lepidopterist Georg Friedrich Treitschke claimed that Beethoven would growl when he was composing; Beethoven's biographer Anton Schindler said that he howled, and Beethoven's pupil Ferdinand Ries was of the view that his teacher did both. If those reports are true, then Beethoven's inability to produce a harmonious sound himself certainly didn't act as a deterrent to his compositional focus. A quick tally shows that somewhere in the region of half of his six hundred plus works were written for voice, mining subjects like love, persecution, loneliness, freedom, brotherhood and sacrifice, themes that Beethoven held very close to his heart.

Across the week Donald Macleod and his guests will be discussing some personal favourites from Beethoven's vocal music, taking in the giants of choral repertory like Missa Solemnis and the ninth symphony, his opera Fidelio and orchestral vocal music, as well as relishing the astonishing variety of his songwriting, from the song cycle An die Ferne Geliebte and the most profoundly moving vocal masterpieces, to a comic song most likely dashed off to amuse friends in a bar.

Beethoven's first Mass was written in 1807, a commission for Prince Nikolaus Esterhazy. When he first heard it, the Prince described it as "detestable". Donald discovers why Beethoven's innovations excited such a strong reaction from his backward looking patron.

Finding a Voice—Beethoven Unleashed: Beethoven and the Voice

Fulfilling a Dream—Beethoven Unleashed: Beethoven and the Voice