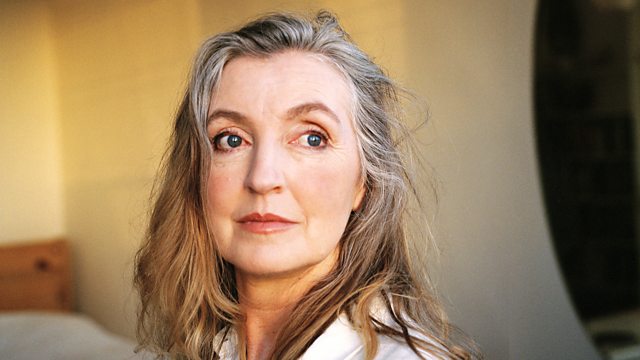 Rebecca Solnit - The Faraway Nearby

Rebecca Solnit, American essayist and writer, talks to Bookclub about The Faraway Nearby, her recollections of her mother's advancing Alzheimer's.

Rebecca Solnit is a leading American essayist and writer. She talks to James Naughtie and a group of invited readers about The Faraway Nearby, her recollections of her mother's advancing Alzheimer's and the power of storytelling.

One summer, as their mother was diagnosed with dementia Rebecca's brother decided to harvest all the apricots from their mother’s tree, whether they were ripe or not. He delivered over 100lbs of the fruit to Rebecca and she found herself under deadline to sort them – to throw them out, make chutney, or make preserves. The huge pile of fruit on her floor reminded her of the tasks in fairytales, like the girl in Rumpelstilksen who must spin a room full of straw into gold overnight; the mountain of sand which must be moved by teaspoon. And at the heart of The Faraway Nearby is the voice of Rebecca's own mother, and how she is losing her memory and her own stories.

By sharing her own history, like her difficult relationship with her mother, or her trip to Iceland, Rebecca Solnit also entertains a wide range of other stories: arctic explorers, Che Guevara among the leper colonies, Mary Shelley’s Dr. Frankenstein. She explores the ways we are all connected by empathy, narrative and imagination, and talks about how this month's book choice resonates at a time when we many of us are faraway from those we love.