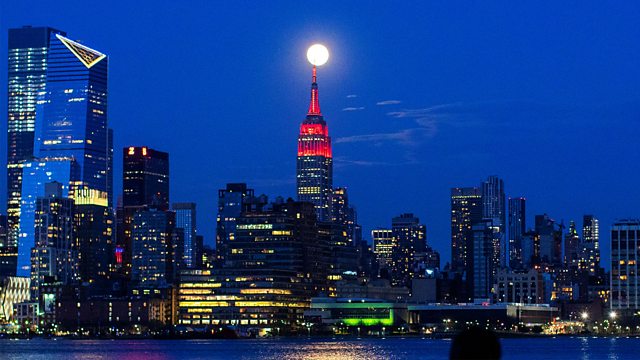 Stories from Korea, Jordan, Ukraine and New York, the epicentre of the pandemic in the US. Nick Bryant describes the impact of the virus on the city he loves and on his own family.

At the height of the Covid-19 outbreak in April, a New Yorker was dying almost every two minutes — more than 800 a day - four times the city’s normal death rate. The pandemic appears to have passed its peak and a gradual reopening is planned after more than 40 days of lockdown. Nick Bryant describes the impact of the virus on the city he loves and on his own family.

Ever since Kim Jong-un failed to show up in mid-April for the festivities marking his grandfather's birth the rumour mill has gone into overdrive. The sheer number of theories about the North Korean leader's whereabouts and state of health reflects the dearth of information about how things work inside the Hermit Kingdom says Laura Bicker.

As the coronavirus pandemic forces countries everywhere to keep people indoors, those who live with abusive partners are even more vulnerable. In Jordan, social media is providing one outlet for those unable to step outside says Charlie Faulkner.

So far Ukraine seems to be weathering the Covid-19 outbreak better than many other parts of Europe. But with an antiquated health system and an economy battered by a six year old conflict with Russian backed separatists in the east, the outlook is far from bright. Ukraine’s best known contemporary novelist , Andrei Kurkov, focuses on people living near the frontline in the war ravaged Donbas region in his latest book, which is called The Grey Bees.

China and Africans : A Pandemic of Prejudice