Alistair Heather sets out on a mission to reclaim the Scots language. For years, Scotland’s ancient tongue was ignored or mocked. Now, one and a half million people speak Scots.

Writer Alistair Heather sets out on a mission to reclaim the Scots language. For decades, his fellow-Scots speakers have been mocked, their language oppressed by educators, politicians and broadcasters. One famous report claimed that 'Scots is not the language of educated people anywhere'.

Alistair visits the Scottish Parliament to discover Scots prose and poetry hewn into the exterior decoration of the building, but scarcely a word on the interior. Yet Scots was once the tongue of most lowland Scots, of the Royal Court and great poetry. Alistair claims that the demise of the language is due to the departure to London of Scotland’s King James VI, to the received pronunciation of the BBC, and to generations of teachers insisting their pupils speak 'proper English'.

Somehow, the Scots language survived all that. It is now one of Scotland’s three official languages, with English and Gaelic. The 2011 census indicated that one and a half million people claimed to speak Scots, making it the largest minority language in Britain. But still it is ignored. Scots receives only a fraction of the government money spent on Gaelic.

Alistair travels across Scotland, meeting activists determined to breathe new life into this ancient tongue. He sees Scots taught to enthusiastic pupils in Borders schools and hears the poetry of North East Doric recited by the local MSP. In Glasgow, writer Chris McQueer and comedian Janey Godley take pleasure in reclaiming the Scots dialect of our largest city.

In Rebel Tongue, Alistair tells the history of the language and argues that Scots is fighting back after decades of ignorance and oppression. 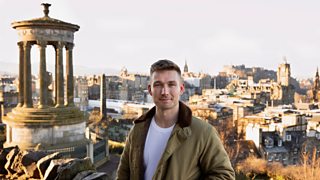 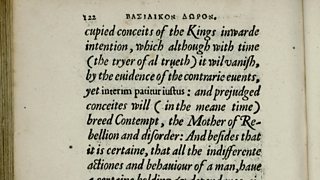