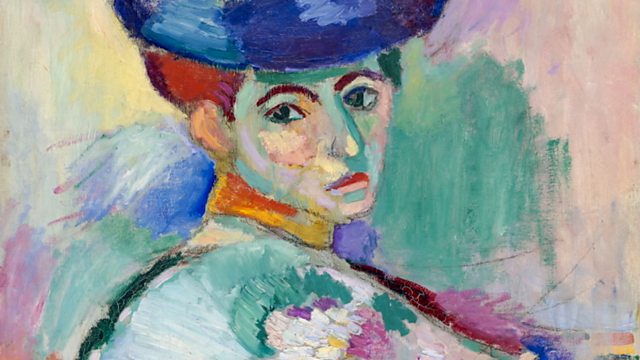 Matisse’s great-granddaughter Sophie Matisse tell the tumultuous story of his early life, exploring his journey to becoming the first avant-garde artist of the 20th century.

Henri Matisse is one of the most beloved painters of the 20th century. Best known for his cut-outs – childlike images that he cut directly from sheets of blazing colour - Matisse wanted his art to transcend the darkness and violence of the modern age. This alone has often seen him written off as a populist crowd-pleaser, not really a serious artist. Yet what we now tend to forget is that at the beginning of his career, Matisse was a rebel and a revolutionary - one of the first artists to tear up the rules of western art to bring it into the modern world. Turning his back on 500 years of academic tradition, Matisse became the first avant-garde artist of the 20th century and was considered so shocking that he was ridiculed by everyone – by the critics and the public, even by many of his fellow artists.

With interviews and animations and using Matisse’s words, taken from his diaries and letters, this film sees Matisse’s great-granddaughter Sophie Matisse tell the tumultuous story of his early life. Matisse picked up a paintbrush at the late age of 21, and the next 15 years saw him turn his back on the bourgeois aspirations of his parents and teachers, suffer extraordinary financial insecurity and family drama that nearly ended his career, and create a series of such notorious public scandals that he came to be known as ‘the wild beast’, an artistic savage whose work threatened the very values of western civilisation.

Retracing key places and moments in his biography – from Bohain-en-Vermandois, the town of his birth, to Paris, where he moved to try his luck at art school, and Corsica and Collioure, a fishing village on the Spanish border where he made his artistic breakthrough - Sophie looks closely at how this period affected his work and how the Matisse the public have come to know – the master of colour and light - was forged in response to the adversity and public humiliation of his early life.

Above all, with special access to family photographs, letters and diaries, Sophie shows that without the support of his immediate family, most notably his wife Amelie and his three children, Matisse would not have become the artist we know and love today.

See all clips from Becoming Matisse (4)