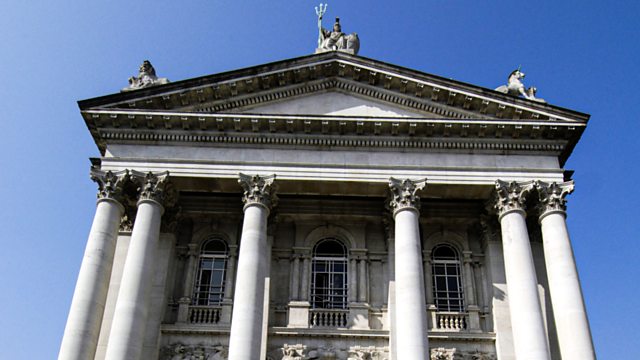 Museums in Quarantine Series 1
Episode 3 of 4

Dr James Fox makes the argument that, in difficult times, art is needed more than ever, in a survey of the collection at Tate Britain.

In times of crisis, people often think that art and culture are luxuries. However, in this episode of Museums in Quarantine, Dr James Fox argues, in difficult times such as these, that we need art more than ever. Taking the viewer on a personal tour of some of the most profound artworks from the Tate Britain’s collection, from a self-portrait by 18th-century artist William Hogarth through to the gallery’s 21st-century installations, Dr Fox shows how art has a unique ability both to depict humanity’s suffering and offer us consolation.

Guiding us through the silent galleries of the temporarily closed Tate Britain, Dr Fox argues that great artists’ renderings of war and disaster remind us that we are not alone. Countless others have also lived through, and triumphed over, adversity.

The paintings, by some of Britain’s foremost landscape artists, present a bucolic vision of Britain – one that is deeply reassuring. And art, of course, also allows us a means of creating other worlds in our imagination and an escape from the confines of our own home.

Ultimately, this uplifting film asserts that art has the power to bring us hope and offer us a glimmer of light in the darkness.

See all episodes from Museums in Quarantine