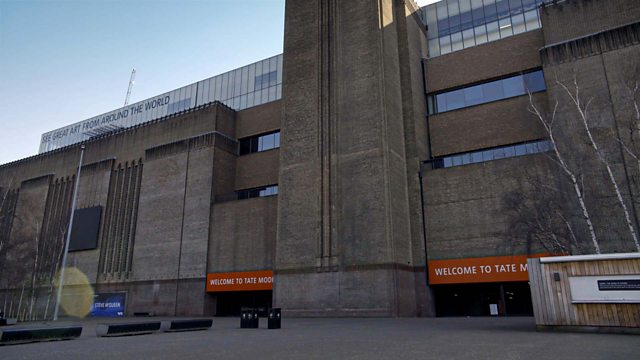 Museums in Quarantine Series 1
Episode 1 of 4

In the midst of the coronavirus pandemic, Alastair Sooke gains privileged access to the Tate Modern for a last look at the Warhol exhibition.

In the midst of the coronavirus pandemic, Alastair Sooke gains privileged access to the Tate Modern for a last look at the Warhol exhibition. Sooke argues that Warhol might just be the most significant artist of the second half of the 20th century. Warhol not only predicted, but in many ways helped to create, the world we live in - one obsessed with hyper-consumption, mass media and celebrity.

Covering works from across Warhol’s career, Sooke explores Warhol’s long-running commitment to experimental film and TV, as well as his fascination with advertising, pop music and commerce. And he delves into the man behind the carefully curated eccentricity, examining the expressions of Warhol’s queer identity in his later works and how his background as the son of eastern European immigrants influenced his art.

In conversation with Gregor Muir, one of the exhibition’s curators, Sooke discovers that one of his aims with the show was to strip away some of the myths about Warhol’s work and broaden the focus away from Warhol’s pop art studies of the 1960s. Finally, he muses on the particularly Warholian irony that this blockbuster show was closed, due to the coronavirus lockdown, almost as soon as it had opened.

See all episodes from Museums in Quarantine