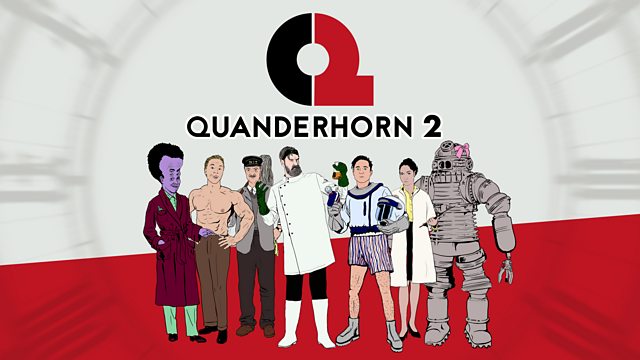 Quanderhorn and his crew escape the impending disaster, but wind up scattered across time. Can they escape Ice Ages, Roman slavery, and a very familiar-looking Witchfinder General?

His arch nemesis, Churchill (John Sessions) has sent a wave of bagpiping bombers to unleash their payload over the 5th dimensional storage tanks holding the captured time, and reality is about to be destroyed.

Troy and Guuuurk find themselves in a cave in the Pleistocene Era, with some rather unnerving co-habitants.

Brian and the Professor have an unexpected Latin lesson, resulting in Brian being given as a gift to a beautiful Roman noblewoman. He’s rather worried to discover what’s supposed to happen next.

Dr Janussen and Sergeant “Jenkins” Jenkins are spirited to the mid-seventeenth century, where they encounter a strangely familiar-looking Witchfinder General.