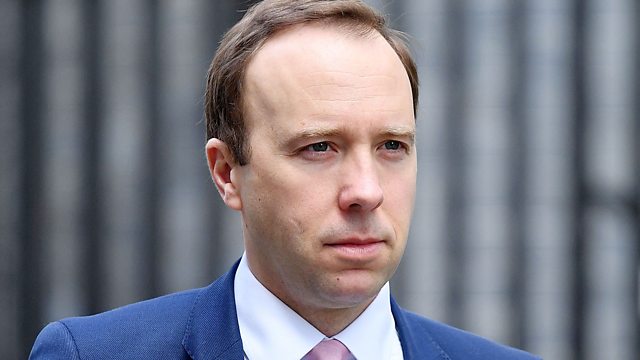 Mark Coles looks at the life of Matt Hancock, Secretary of State for Health & Social Care for England

A look at the life of Matt Hancock, Secretary of State for Health & Social Care for England. He has been criticised for promises he's made about testing and supply of personal protective equipment for health workers. According to newspaper reports, unnamed Downing Street sources have been suggesting the targets are "arbitrary" and "irrational". Mark Coles talks to friends, family and his mentor - the former Chancellor George Osborne - to find out more about Matt Hancock. An expedtion to the North Pole, a game of cricket on the Arctic ice, a stint as a sports broadcaster - it's not what you might expect.