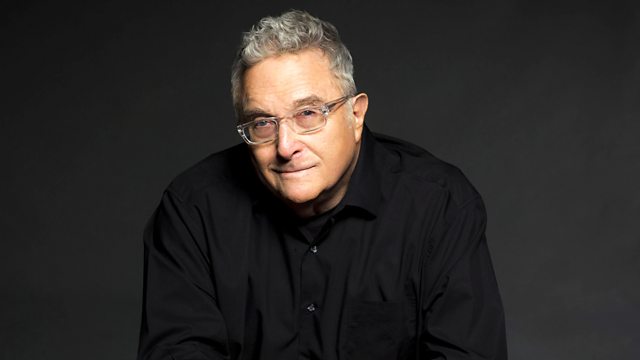 Randy Newman; song lyrics in Latin; Romeo and Juliet; the NHS on radio and TV

Randy Newman on his new song,'Stay Away', written in memory of Ellis Marsalis; guess the song lyrics translated into Latin; The Globe's Romeo and Juliet; portrayals of the NHS.

Randy Newman is most widely known as the Oscar winning composer of the Toy Story films and he has won armfuls of Grammys too for his Southern States-inflected music. His latest release, ‘Stay Away’, is a charity single to raise money for the New Orleans’ Ellis Marsalis Center, in memory of the revered jazz musician and founder of the Marsalis dynasty who died from Covid 19.

Latin Rocks On is a new book of song lyrics translated into ancient Latin. It’s author Sarah Rowley tells us why it’s a great way to learn the language and which songs work particularly well.

Ola Ince’s new production of Romeo and Juliet was due to open at the Globe last week, launching its summer season. Its stars Alfred Enoch (Harry Potter, How To Get Away With Murder) and Rebekah Murrell (Nine Night) perform a scene from the iconic play for Front Row live from their homes.

The Citadel, AJ Cronin’s groundbreaking novel about medical life in the 1920s, pre-NHS, returns to Radio 4 next week. The drama’s producer Gary Brown discusses its resonance today, and the technical challenges they faced recording it under lockdown. And Dr Christopher Peters, a cancer and general surgeon, reflects on his decade as a medical advisor for TV dramas from Trauma to Holby City, Eastenders, and Death in Paradise.

The NHS on radio and TV

The Citadel is the 15 Minute Drama on BBC Radio 4