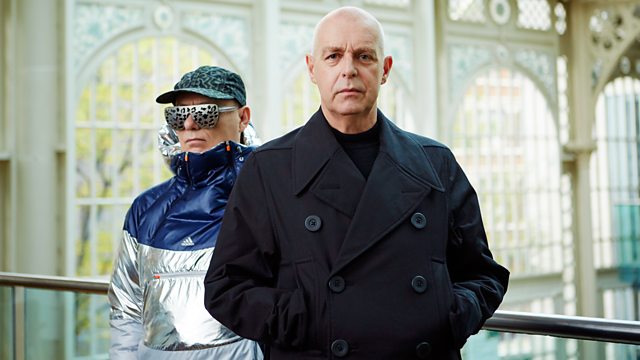 In March 1986, Neil Tennant and Chris Lowe released their debut album 'please'.
The Pet Shop Boys would go on to sell more than 50-million records, including forty Top 20 singles and four UK number ones.
This is another chance to hear an abridged version of the four-part series charting the work of the most successful British music duo of all-time.
In a later programme, we'll be looking at how Neil and Chris have contrasted their success in mainstream music with acclaimed works for ballet, opera and musical theatre. And the Pet Shop Boys discuss in detail their album 'Super' produced by Stuart Price.
But first, it's back to the beginning and their inventive and influential albums released on the iconic British label Parlophone.
In this programme, the Pet Shop Boys discuss 'Please', 'Actually', 'Introspective', 'Behaviour', 'Very', 'Bilingual', 'Nightlife', 'Release', 'Fundamental', 'Yes', and 'Elysium'.
And Neil and Chris choose their personal favourite album tracks off each.
Introduced by Graham Norton.
Written and produced by Malcolm Prince.
(First broadcast in 2016.)

Collaborate and The Pop Kids