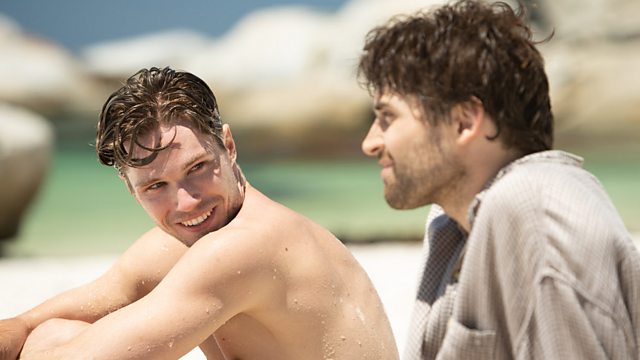 Oliver Hermanus's new film about a gay teenage conscript and his brutal experience of being in the South African army during Apartheid is called Moffie, a common Afrikaans anti-gay slur. He tells us how a fear of homosexuality fuelled the problem of toxic masculinity that is still so prevalent in the country, and why he used such a provocative title for his film.

This week is Lesbian Visibility Week and we’ll be considering how far LGBTQ+ campaigning progress has extended to the visibility of lesbians and lesbian relationships across books, film and TV, with Erica Gillingham, bookseller at London’s Gay’s The Word bookshop and Emma Smart, programmer for the BFI’s Flare Festival of queer cinema.

Tonight is World Book Night, the annual celebration of books and writing that aims to encourage more adults to read for pleasure. Sharon D. Clarke, best known to TV audiences as Grace O'Brien in Doctor Who, will be joining Samira to read an excerpt from one of World Book Night’s specially chosen titles, Bedtime Stories for Stressed Out Adults. Digital copies of the book are available free via a link on the Front Row website.

As the recent Thursday evening tradition of ClapForCarers continues shortly after we come off air, composer Anna Meredith discusses Handsfree, her instrument-free, 'body-percussion' piece which involves extensive clapping, which has been performed many times around the world and was included as part of the 2012 Proms Season.

Image to the left: Oliver Hermanus

Sharon D Clarke read an excerpt from the collection Bedtime Stories for Stressed Out adults to mark World Book Night. It's one of four books available to download for free from The Reading Agency. All the details are on the BBC Arts website.

Lesbian visibility in the arts

Find out more about Diva magazine's research into Lesbian visibility in the arts.

Image: a statue of Sappho