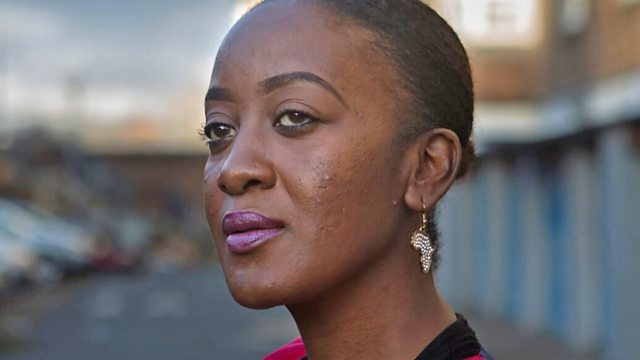 Short term prison sentences for women are rising - although many argue they don't work. Poet Brenda Birungi hears from women in the prison system, and tells her own story in verse.

In 2008, 20-year-old Brenda Birungi got into a fight in a nightclub to protect her sister. With no previous convictions, Brenda ended up serving 11 months in prison. It altered the course of her life.

Two Government reports - the Corston Report in 2007 and the Ministry of Justice Female Offender Strategy in 2018 - have concluded that short-term custodial sentences do not work for women. At the same time, the proportion of women serving very short sentences has actually risen.

Almost 60% of women in prison have experienced domestic abuse. Nearly half of crimes committed by women are to support someone else's drug use. Women are substantially more likely than men to lose their children and their homes while serving a sentence of less than six months. And almost 75% of women sentenced to less than a year in prison go on to re-offend.

In prison Brenda wrote notes to herself, in verse, to stay out of trouble. After release, she built a platform as Lady Unchained. Brenda now shares her story and inspires others to do the same.

In Unchained we hear from:
Paula, who called the police to her house 9 times to report domestic violence in the year before her arrest;
Amanda, who became a sex worker to support her partner’s drug use;
Krystal, who was arrested after stealing a duvet for her child;
Georgia, who was left to fend for herself at 15 while her single mum served a 3 month sentence.

Untold stories, punctuated by Brenda’s spiky, potent poetry.
All statistics in this documentary come from research by Women in Prison.