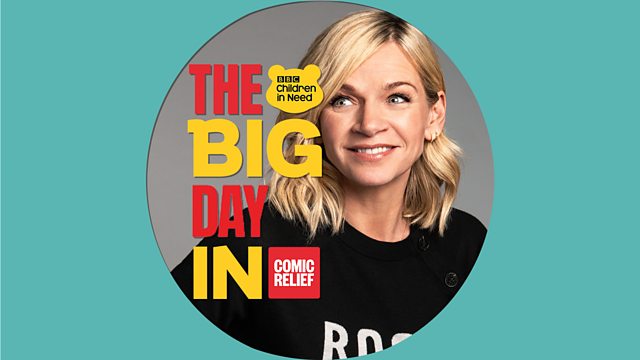 Zoe Ball on the BBC's Big Night in. The impact of lockdown on single parents. Plus Daisy Edgar Jones on her role as Marianne in Sally Rooney's TV adaptation of " Normal People".

Comic Relief and Children In Need are joining forces for the first time for a special night of comedy, music and live entertainment, to raise money for their projects on BBC 1 tonight. It'll celebrate the people who making a difference and supporting those affected during these extraordinary times. Zoe Ball tell us about The Big Night In.

The British Medical Association, the professional organisation for doctors, highlights the fact personal protective equipment (PPE) tends to be designed for the “size and shape of male bodies”, despite the fact that 75 per cent of NHS workers are women. We hear from Dr. Helen Fidler Deputy Chair of the BMA UK Consultants Committee.

There are nearly 2 million single parents across the UK, and many rely on Child Maintenance Payment . However the COVID-19 crisis means many people have lost their job or some of their income. So, the Department for Work and Pensions has said that parents who pay it will be allowed to stop or reduce payments without any investigation or appeal. What impact will that have on single parent households? Angela a single mum of two tells us about what the changes will mean for her. Plus we hear from Victoria Benson the CEO of Gingerbread a charity who offer for single parent families.

Why does society blame the victims of sexual violence rather than the perpetrators? Dr Jessica Taylor explains her research into how victim blaming works

And the complexities of friendship, intimacy and young love - we speak to Daisy Edgar Jones who plays Marianne, in the TV adaptation of Sally Rooney’s novel Normal People.

The BBC Big Night In

You can find out more about it here.